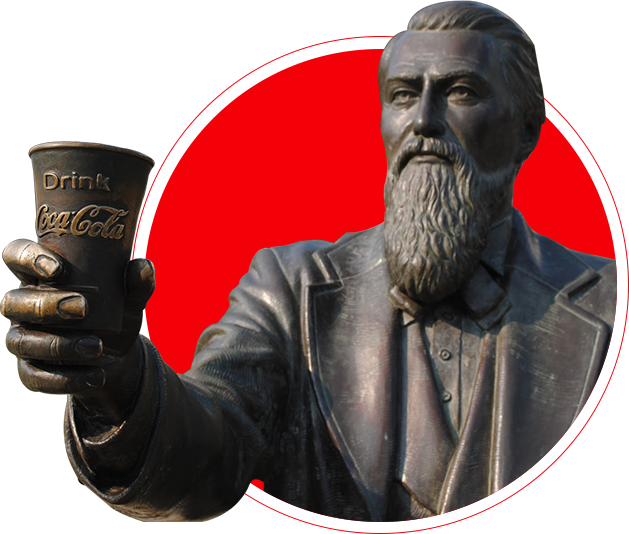 After creating a flavored syrup, Dr. Pemberton took it to his neighborhood pharmacy to be mixed with carbonated water. Those who sampled the drink were pleased and excited about the delicious result.

Two years after creating what would become the world’s top-selling beverage, Dr. Pemberton sold portions of his business. The majority of Coca-Cola’s interest was sold to Atlanta businessman, Asa G. Candler. Under Candler’s leadership, distribution of Coca-Cola expanded beyond Atlanta.

In 1894, impressed by the growing demand for Coca-Cola and the desire to make the beverage portable, Joseph Biedenharn installed bottling machinery in the rear of his Mississippi soda fountain. He became the first person to bottle Coca-Cola, revolutionizing the way Coca-Cola could be sold. Large scale bottling was possible five years later in 1899, when three enterprising businessmen in Chattanooga, Tennessee secured exclusive rights to bottle and sell Coca-Cola. The three entrepreneurs purchased the bottling rights from Asa Candler for just $1. Benjamin Thomas, Joseph Whitehead and John Lupton developed what became the Coca-Cola worldwide bottling system.